From owning incredible skyscrapers to eye-catching architecture, Dubai has set a benchmark by coming a long way for its stunning buildings. Let’s have a look at the ten best-known towers in Dubai. 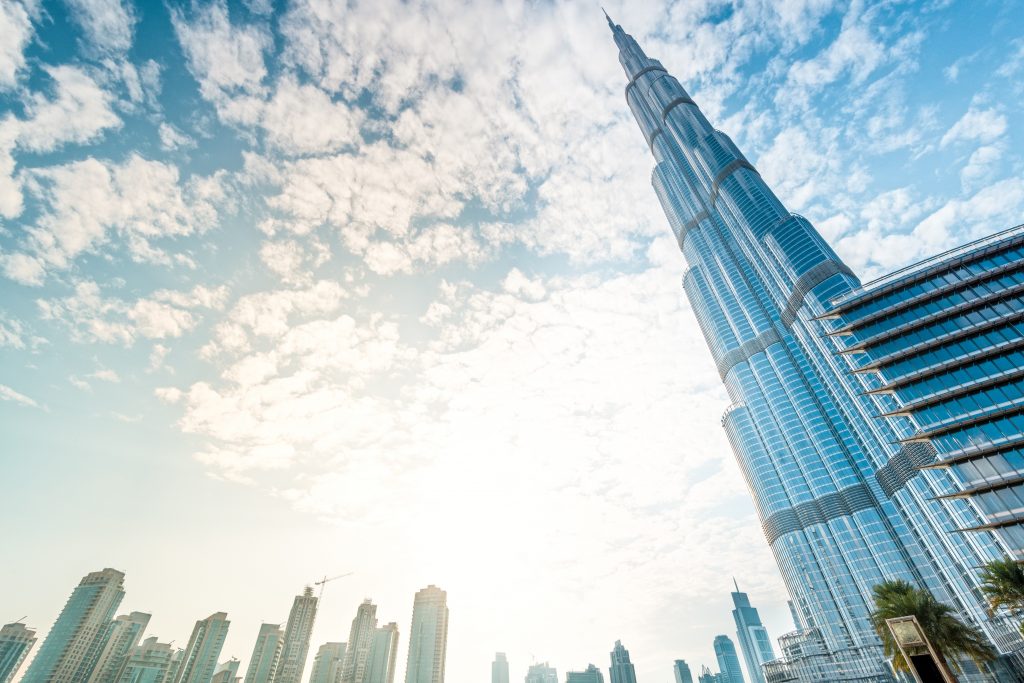 Standing an astonishing 830 meters high, the world’s tallest building Burj Khalifa owns the first place on this list of renowned towers in Dubai. It is an iconic tower with more than 160 floors and the world's strangest elevators.

The tower was officially open to the public in 2010 and took Dubai to a new height, literally and figuratively both, by improving its status as a globally acclaimed tourist destination. Living in Burj Khalifa is undoubtedly amongst the most luxurious lifestyles.

The twisted shaped Cayan Tower, formerly known as Infinity Tower, stands out in the skyline of Dubai Marina due to its design. It is about 307 meters high with a spiraling design where the upper side and the lower side of the building counteract by 90 degrees. Apart from being visually attractive, this unique design protects the inside part of the building from direct sunlight while lessening the impact of strong winds. Burj Al Arab is one of the most luxurious hotels located in the city of Dubai. It was the third-largest hotel in the world at the time of its launch. The island on which the hotel sits on took three years to build the structure itself. It is a 7-star hotel and the duplex suites of it proffer the views of the Arabian Gulf. Staying in Burj Al Arab is more like dreaming with one's eyes open. Being over 410 meters tall, Princess Tower is the second tallest residential building in the world. The bottom floor of this tower is tenanted by eight retail stores, and the six underground floors are used as a parking lot that holds 957 parking bays for its residents.

It also has a mosque exclusively open to its inhabitants. The amenities that are provided by the tower are commendable where entertainment and waterfront mall attractions are included.

Read more: UAE travel guideline and restrictions you should know

Jumeirah Emirates Towers are the comradeship of two buildings in Dubai's skyline. One of the towers is taller than the other one, and they have a clear-cut equilateral triangle. Another iconic designed building in Dubai is the Jumeirah Beach Hotel. Portraying a cresting wave and using the blue-plated glass in its construction, the structure of this hotel is really eye-catching.

In spite of having a swinging structure, it is about 341 feet tall. This building’s location is on the beach where the guests can have access to over 33,800 meters of the sandy area. The JW Marriott Marquis Dubai Hotel is another set of twins. As the world's second tallest hotel with 72 floors complying in a beautiful location by the Dubai Canal, it has a tree-like design and the heights of both towers are 355 meters. It accommodates 14 elevators and 804 hotel rooms. The Dubai Mall is one of the largest malls in the world, by holding size of more than 50 football fields. It was opened in 2008 in Downtown Dubai and is situated next door to the Burj Khalifa. Apart from attracting with its size, this mall has Dubai Aquarium and Underwater Zoo, which are also very famous and one of the largest in the world. No travelers would like to miss out on visiting it while staying in Dubai; therefore, it is the city’s most visited entertainment destination. 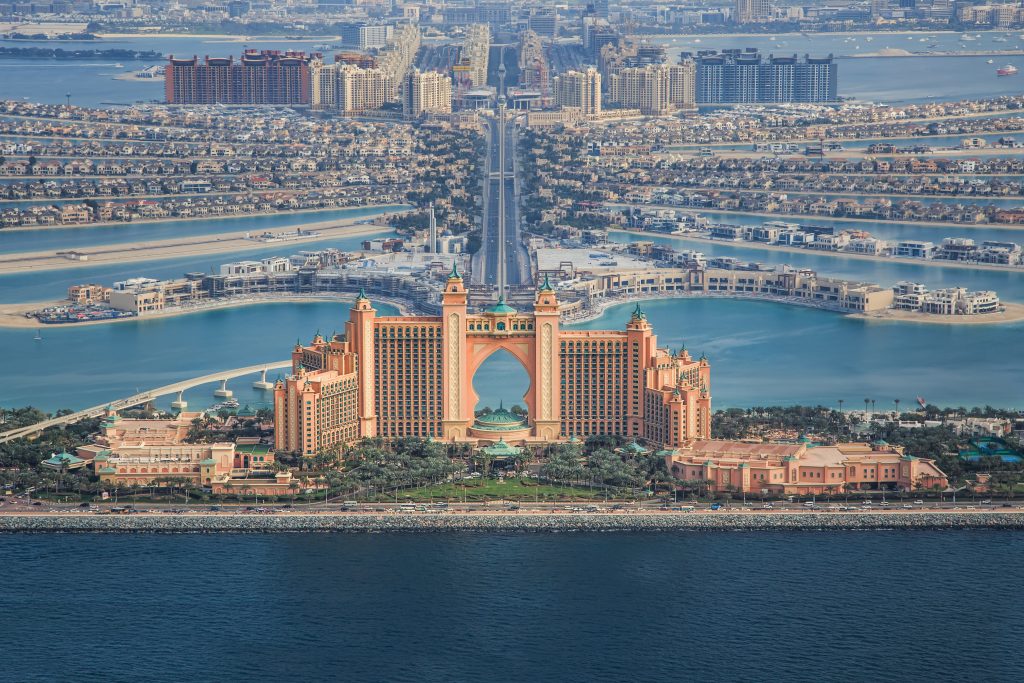 Dubai’s commencement of holding a position as a leading resort destination took place back in 2008 with the Atlantis hotel at the Palm Jumeirah. A few Arabic elements are visible in the architecture of this hotel where the look is based on the mythical Atlantis.

It is one of the most expensive hotels in the world with lavish living accommodations, water parks, and the popular Lost Chambers Aquarium that has more than 65,000 marine species. The Dubai Opera is a triumph of Dubai’s culture and entertainment. The outstanding exterior design of this building is like a wooden dhow that honors Dubai's maritime past.

Besides that, the synchronic walls of glass make the visitors visualize the spectacular lighting of the interior avenue. This building is the city’s earliest multi-format performing arts theatre.

Dubai is breathtaking in all of its glory - as the richest country in the world, and with their famous skyline of iconic towers.

Dubai has the most glamorous and popular buildings in the world, and you can easily invest in them! Your budget in mind, along with our assistance, can secure your dream estate in Dubai. Get a FREE consultation with our professional team of real estate agents, by leaving your details below now!

Who is the new King of Thailand?