Which of the five popular housing types in Australia do you prefer?

Australia is a Commonwealth country and is largely based on the British system, with the following broad categories of real estate buildings: House, Townhouse, Apartment, Unit, Villa and Studio, etc. It is a good idea to have a brief introduction to the characteristics of different types of houses in Australia and the differences between them. 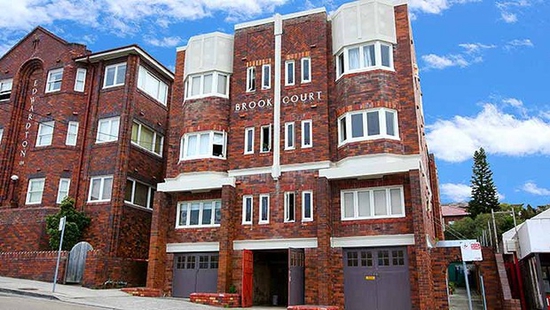 Australian Houses are one- or two-storey single-family houses with their own separate yard and their own house. The yard is the main hallmark of the House, and Australian houses have a green requirement for adequate lawn coverage. The yard is green and lush, so you can play games, BBQ and put trampolines and other things in the yard. Put a clothesline in your yard to dry your clothes. The downside is that there may be bugs ants and such, and the grass needs to be mowed regularly.
Each House is individually built and can be built in a variety of styles, as land ownership is full and homeowners can customize their house to suit their individual needs (subject to DA APPROVAL). According to the material, the main types of House are brick, wood and brick skin houses. A brick house is a house that uses entirely brick for its exterior walls, and this type of house is the best in House. It is warm in winter and cool in summer, and has good thermal insulation. It is also not easy to corrode and has less insects if well maintained. Usually the price is higher in the house. The wooden house is the house with completely wooden exterior wall, which is the worst in the house. It's colder than outdoors; some houses are poorly ventilated in the summer, and it's hotter inside than outside. And wooden houses tend to have gaps and insects can get in. It needs careful maintenance. It's the cheapest house.
The brick skin house is a wooden structure house, the last layer of brick skin is put on the outside of the house, it looks like a brick house on the outside, but when you knock on the inside wall it makes the sound of knocking on the wood, the quality is between the wooden house and the brick house.

The nature of townhouses is such that the yards are not very large, and if they are, they are smaller than those of houses. Townhouse can be several connected cottages in the neighbourhood, as the adjacent townhouse sharing a wall, one right next to the other.
The design is unified in style and may even have parts of the interior decorated in the same way. As far as the type of house itself is concerned, the townhouse is not superior to other types of housing, even the width of the house tends to be smaller and the depth greater. But its advantages are private gardens and terraces, which make the residents feel like living in a house.
Townhouses are usually brick houses, with relatively few wooden houses. It is better to keep the house warm in winter and cool in summer, and the townhouses here are usually 2-storeyed, not many are 3-storeyed. Because it is taller than the house, the 2nd floor is better ventilated and the view is better than the house. Generally Townhouses have smaller yards, fewer bugs and cleaner interiors. Conditions are generally a bit better than the House.
The first floor of a Townhouse generally has a kitchen, bathroom, living room, living room, and some have a bedroom, and the second floor is mainly the bedroom, living room and bathroom. Townhouses have 3 to 6 rooms and are quite lively.

Apartment is at least 3 floors high, with one or more units on each floor, and each Units have a hallway, usually the Apartment has an elevator, and each unit has one or more families per floor. Generally, the Apartment has the best security and most have an access control system. Most of the Apartment's unit doors are burglar proof and require a key card to enter. Suitable for students and young skilled migrants, the size of the apartment is about eighty to ninety to two hundred square meters, with deeded ownership.
Externally, most Australian Apartments are frame structures that can withstand earthquakes of at least magnitude seven. Because the houses are of the best quality and safety, Apartment rents are also generally the highest.
Some apartments have their own swimming pools and gyms, which are free to use for the whole building. The apartments are generally taller so there are few bugs, good air circulation and smooth ventilation. There is an indoor unity garage downstairs, and storage for vehicles is safe.
Apartment interiors are modern in design and most have a separate laundry room with a washer and dryer. Bathrooms usually have more than one; kitchens have a stove and oven. The number of rooms is between 2 and 4, 2 and 3 bedrooms are more common, and many Apartments have windowless Study Room. The balcony of the Apartment is usually large enough to set up a table and a couple of chairs, which is a great place to relax.

The Unit can simply be described as an older style of Apartment building, where the houses are mostly 2 or 3 stories, old style There is no elevator in Unit. Unit usually does not have an access control system, and the door to the unit can be opened with a key.
Units usually have 1~4 rooms, but it is uncommon to have more than 4 rooms. 1~2 bathrooms are usually available in a unit. There are wood houses and brick houses. Usually Unit, because it is also a connected building, is also a brick Unit, so it is a bit better insulated than a brick House, which is warmer in winter and cooler in summer.
The Unit does not have its own separate yard, so like the Apartment, clothes and bedding and such can only be dried out on the balcony. It's shorter, so bugs and flies and the like can easily get in, and you need to have some insecticides on hand if necessary to find clear them. As an excessive type of house on the Sydney housing market, it is equivalent to an apartment house and will be cheaper.

Studio now refers to an open floor plan layout home without interior wall partitions, also known as a loft or Studio Apartment.
It is also known as a studio apartment, which is a large room with living room, kitchen and bedroom all together.
Studio is similar to a hotel room, but with an extra kitchen. It is integrated with the living room and the bedroom, and there is a separate room for the bathroom. The number of floors varies. There are high floors and low ones.

What do I need to look for in a home inspection when buying my first property in the US?

Choosing a property is no easy task, how do I identify worthy investment properties in Australia?