An Expat's Guide to Real Estate in Dubai Dubai, a relative newborn on the world stage, was a city built around cars. And even though its economy is more diversified than those of its Gulf neighbours, this desert metropolis still feels ripple effects of the oil industry抯 booms and busts.

From 2011 to 2014, when oil prices were more than $100 a barrel, Dubai's property market soared. Apartments in the world's tallest building, the Burj Khalifa, was more than $1,000 per square foot, according to consultants Cluttons LLC. Now, as oil hovers at $70, values in the Burj Khalifa have dropped to about $650 per square foot. But the Russian currency crisis and Brexit, coupled with increased taxes and fees for everyday purchases, have made Dubai a less affordable place to live.

We still haven't reached the bottom,?says Sofia Underabi, head of residential valuation at property consultants Cavendish Maxwell. And there's plenty of housing stock to come: More than 91,000 apartments and 42,000 homes are expected to be added by the end of 2020, Cluttons says. In Dubai, many rent instead of buy, especially when they first arrive, armed with corporate housing allowances. (Almost 90 per cent of the 3 million residents are non-citizens.) Visas are often short-term and tied to employment, so losing a job can mean having to leave the country.

Some areas in the geographic middle of the city limit home sales to only Emiratis, but if you have the money regardless of gender or creed you can get a rental.

Anyone relocating to Dubai shouldn't think in terms of neighbourhoods as they would in New York or London. This isn't a walkable city is too hot, anyway and shopping or social gatherings require a car.

Homes are oriented around specific buildings or developments. Sea views are at a premium, and standard amenities include on-site gyms and pools, as well as separate living quarters for household staff. Higher-end options can have tennis or basketball courts, or spas. 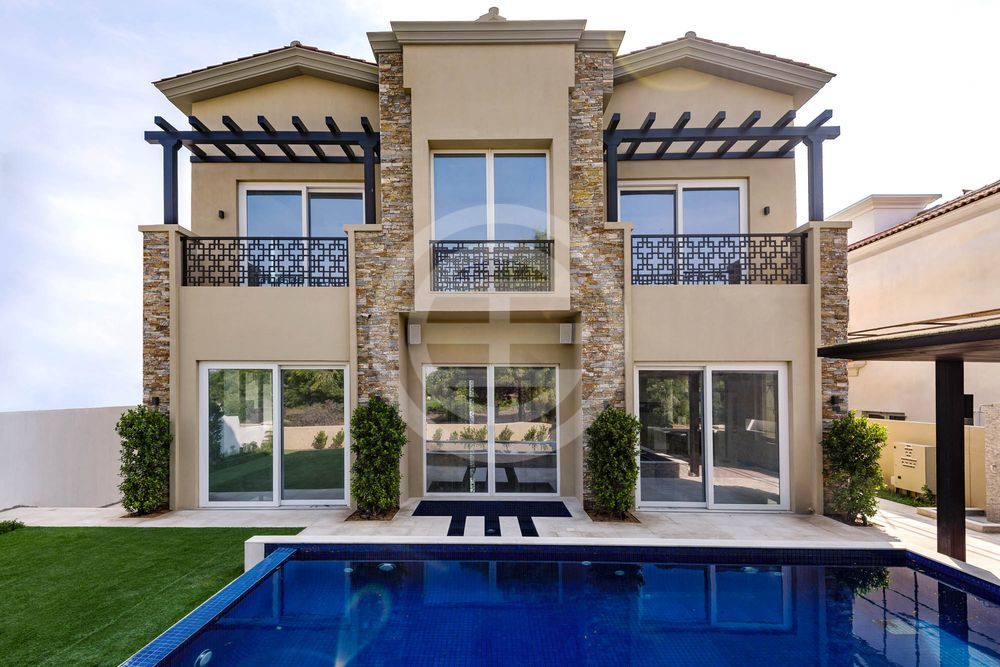 Proximity to some of the most sought-after American, British, and international schools puts developments such as Arabian Ranches, despite being inland, high on the list for corporate executives moving with a spouse and children. Homes in nearby Jumeirah Golf Estates often come with a private pool and there's a clubhouse, pro shop, gym, tennis academy, and restaurants as well. A five-bedroom home rents there for about $11,300 a month, says Andrew Leech, an associate at Gulf Sotheby's International Realty. The Downtown Apartment Option
Higher-end apartments are clustered in three main areas. A two-bedroom unit on the north end in the business district, known as the Dubai International Financial Centre, rents for an average of $4,000 a month, according to Cavendish Maxwell. Nearby, in downtown, the Burj Khalifa and other high-rises are grouped near the Dubai Mall. (The one with the indoor ice rink instead of the one with the indoor ski slope.) Burj Khalifa apartments are some of the most expensive in the city, though you might have to take three elevators to get to your front door. Earlier this year, a four-bedroom apartment there sold for $4.95 million, or $767 per square foot. On the southern end of the city, there's Dubai Marina, where residential skyscrapers crowd a glittering man-made 1.5 mile-long waterway. Two-bedroom apartments in Marina rented for an average of $3,000 a month in the second quarter of 2018, a 4.6 per cent drop from the year before, according to Cavendish Maxwell.

Where to Stay on Sand
The Palm Jumeirah is widely considered the pinnacle of the beachfront properties. Houses cram the fronds, or branches, of the man-made islands off the southern end of the coast. Apartment buildings line the trunk. Spreading along with the islands. 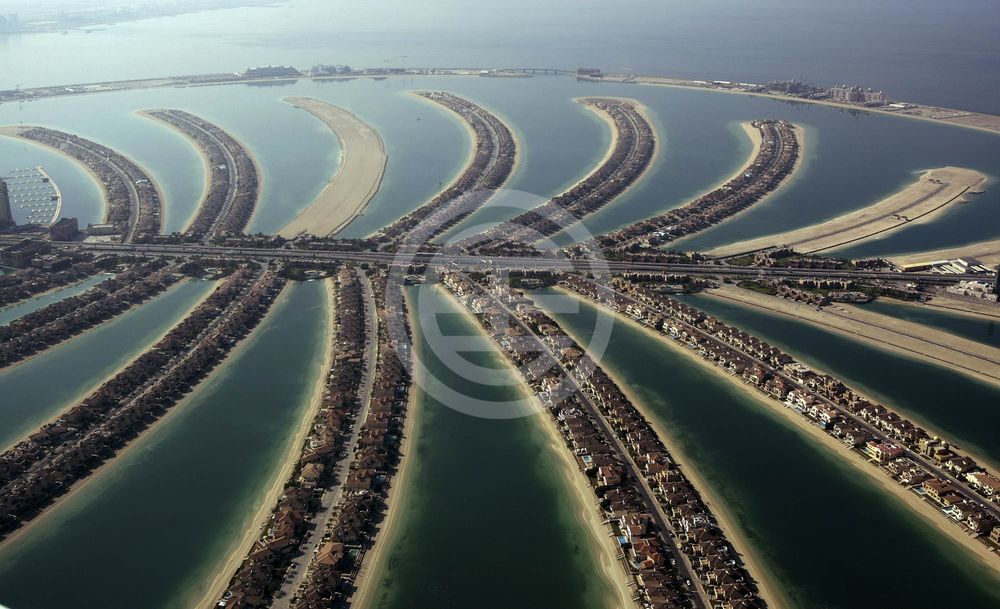 Some of the best apartments on the Palm are in the Five, Oceana, and Tiara buildings, which can come with views of the Dubai skyline and a private beach. A three-bedroom, four-bathroom place here can run about $7,200 a month. The facilities and manicured beaches, combed and cleaned by staff, are mostly empty during the sweltering summer months when temperatures regularly soar above 110F.

Matthew Solomon, an agent with Haus & Haus Real Estate, prefers to look on the bright side: There are hotels on-site. It's like being on holiday every day.