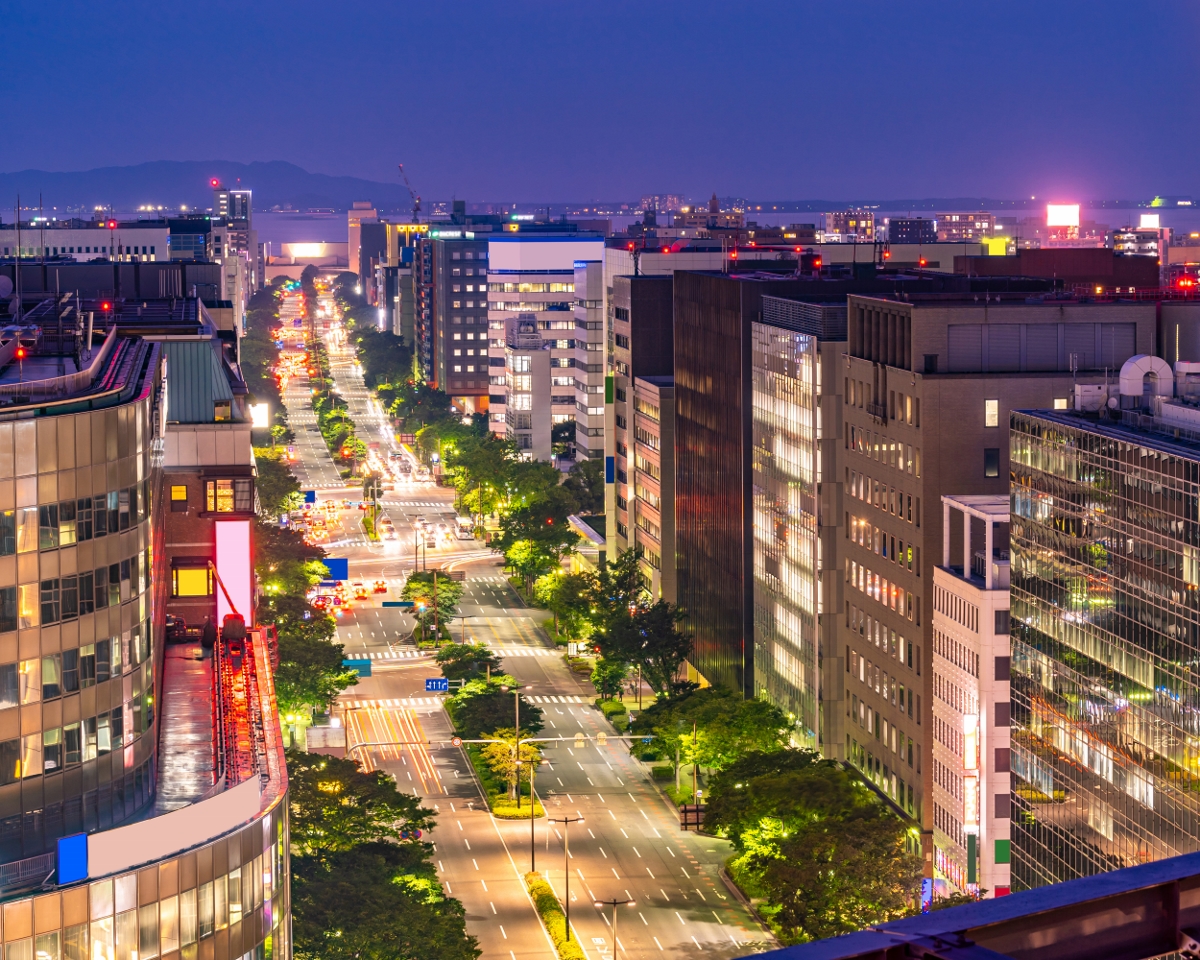 Holding the title of the world's third-largest economy, Japan is one of the primary growth engines in Asia. Buying property in Japan means you're investing in one of the most heavily urbanized and well-developed countries on the planet.

Japan is a big country with over 120 million inhabitants. As such, there are hundreds of places you can buy freehold property in Japan. These range from megacities like Tokyo and Osaka, to mid-size cities of a few hundred thousand people, to rural villages.

Juwai.asia presents a summary of attractive cities and other locations for investors in the Japanese property market.

If you're investing for high growth and stability…

Tokyo and the two major cities adjoining it are three crucial pieces in any investment portfolio. They are Yokohama, Japan's second-largest city and the smaller city of Kawasaki, one of the fastest-growing cities in the country, respectively.

Although higher-yielding property deals are few and far between, they are still obtainable on occasion notably when prices had been dropping since February 2020 because of the COVID-19 breakout, the subsequent postponement of the Tokyo 2020 Olympics, and suspension of inbound tourism. 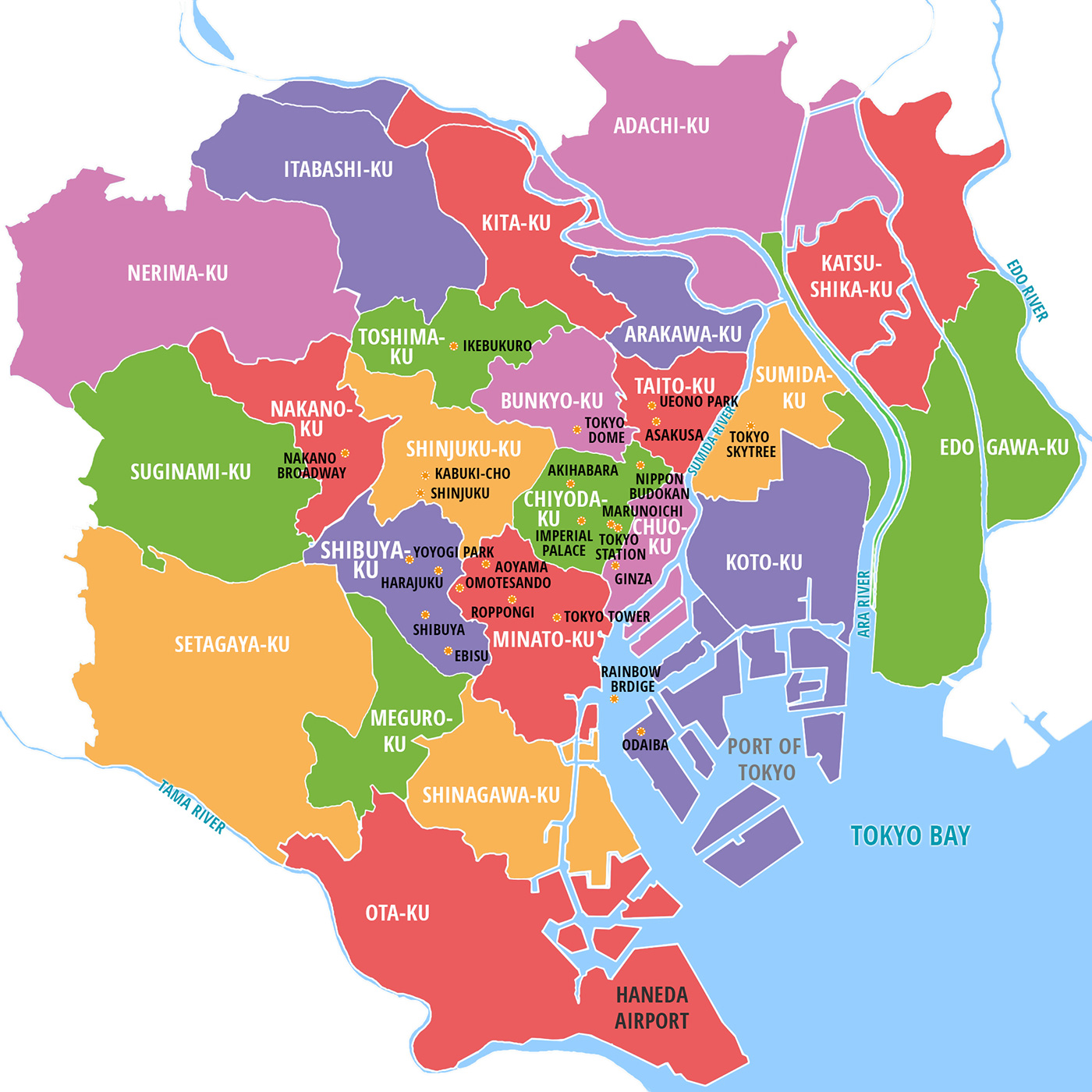 23 special wards in the Tokyo Metropolis

The good news about owning real estate right in the centre of Tokyo: whether it's commercial or residential, you probably will not suffer from any lack of demand.

Japanese population decline is a non-issue for real estate in prime, highly sought-after neighbourhoods with scarce supply. Wards like Shinjuku and Chiyoda, the latter which includes "Beverly Hills" of Tokyo—Roppongi Hills won't ever have a shortage of tenants.

The bad news? Rental yields for luxury property in central Tokyo are low, and you'll have to pay well above US$10,000 per square meter for a "trophy asset".

Tokyo's western wards are right places to purchase a property if you're seeking a combo of reasonable prices and a central location.

Nakano, for example, is only 10 minutes to Shinjuku by subway. Nonetheless, the property price is about half of what you'll pay in Tokyo's inner wards.

If you are making frequent trips to Tokyo-Narita Airport, Chuo and Taito are especially great areas. The Keisei Skyliner, your quickest mode of transport between central Tokyo and the main airport, departs from Ueno Station located in Taito Ward.

Travelling out of Japan is easier from Ueno Station than anywhere near the city centre, including competing transit hubs like Tokyo Station. 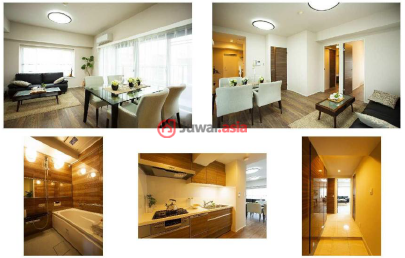 Property is noticeably cheaper and more readily-available outside downtown Tokyo. This two-bedroom apartment of 60.2 m² in Chuo ward is for sale at JPY 60,800,000. Subway station, hospital and supermarket are all within 5 minutes walk.

The southern wards are yet another part of the Tokyo metro with an appealing mix of affordability and accessibility. Much like western and eastern Tokyo, you can buy property here for around half the price in a central ward. 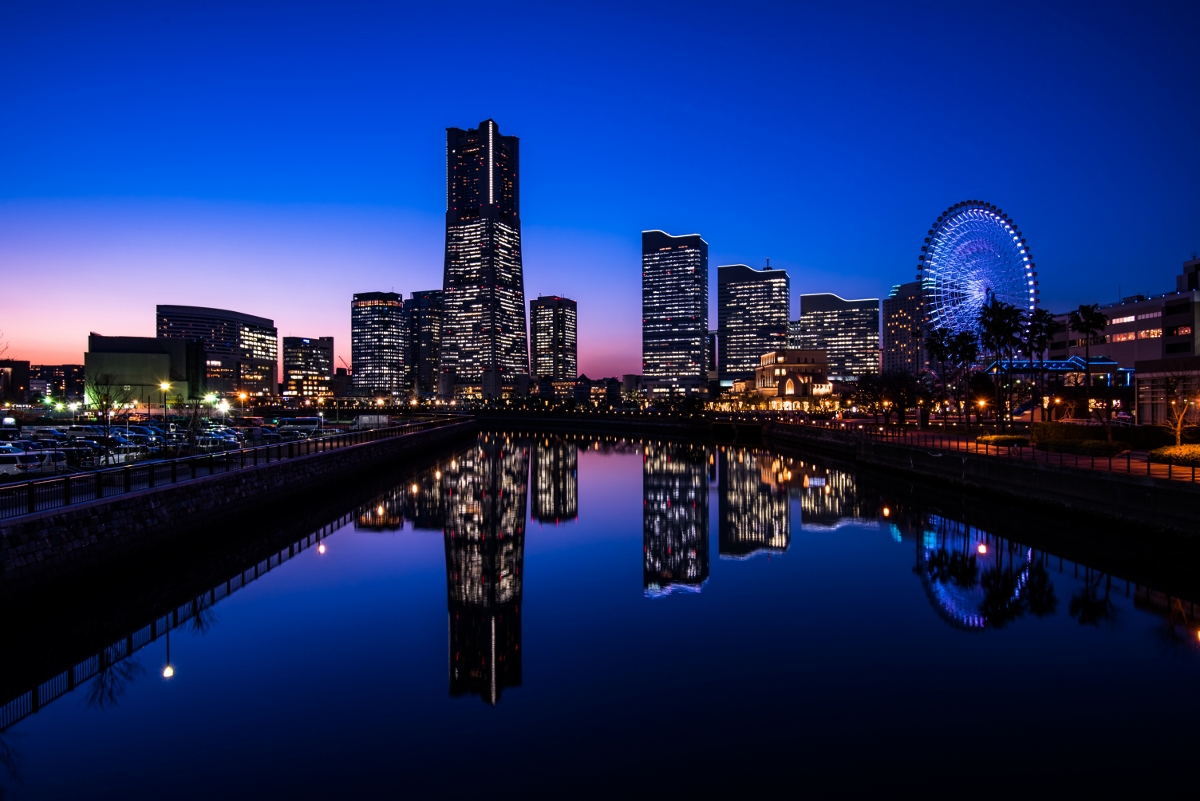 Yokohama city is a high-tech industry and import/export centre, with leading industries including biotech, semi-conductors and shipping. APM Terminals, its largest container port, has been recognized as the world's most productive in 2014.

Apart from being one of Japan's most highly regarded residential cities, Kawasaki city is also a critical heavy industry and high technology development hub. Nippon Oil Corp, NEC, Toshiba, Dell Japan, Fujjitsju and Sigma corporation are only some of the major corporations headquartered in the city.

Kyoto, Japan's second most popular tourist destinations after Tokyo and a professional services oriented capital, and nearby Osaka, along with its almost equally attractive neighbour Kobe together form Japan's central/western mainland commercial hub.

It has also featured price drops since the COVID-19 pandemic, although to a slightly lesser degree than Tokyo, Yokohama and Kawasaki.

If you set on investing in Kyoto property, it may be an ideal city for an Airbnb rental business. Unfortunately, Airbnb rental businesses in Japan have become a lot more difficult to establish since 2018. Under the new Minpaku Law, the government requires all short-term rentals to obtain a hotel license. It's not an entirely impossible process to go through as a foreigner, but certainly a bureaucratic one.

Putting all aside, some people develop a unique attraction towards Kyoto and its quaint relics of imperial Japan. 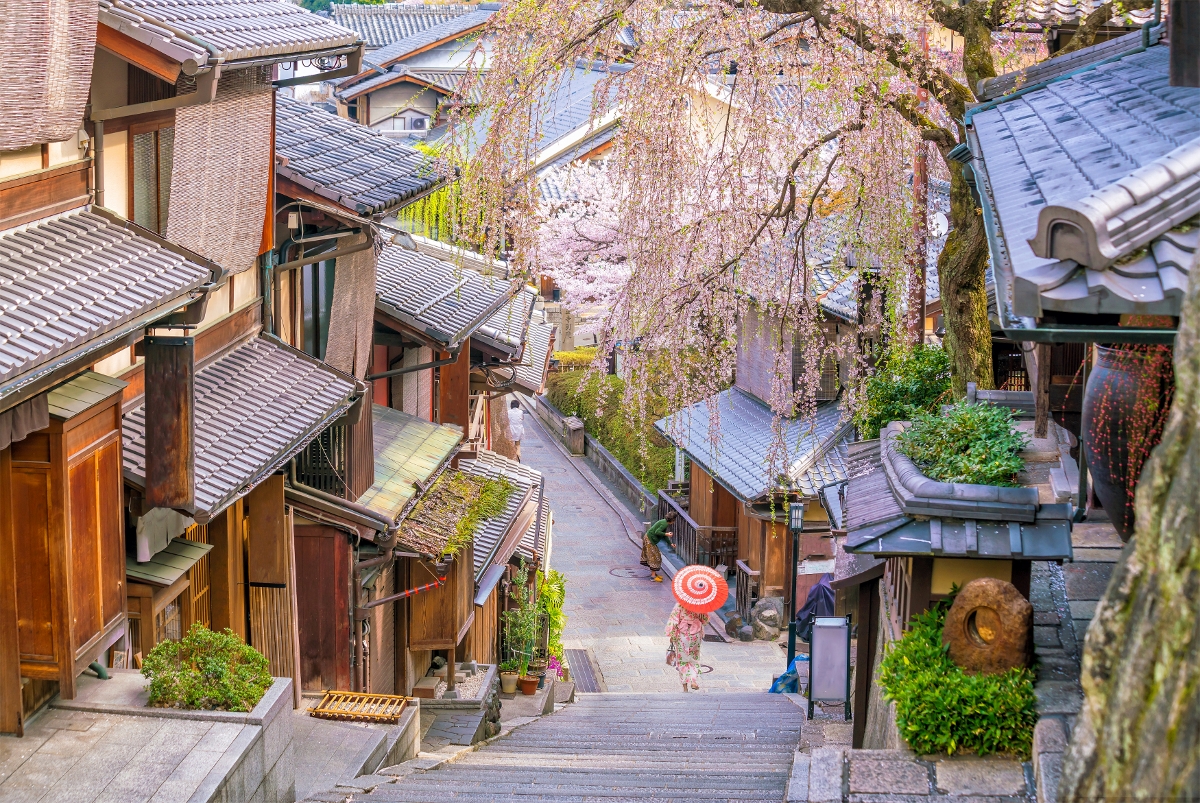 You might consider owning a house in Kyoto if the former capital's charm draws you.

Nestled along Japan's western seacoast, Fukuoka prefecture is the central metropolitan area of Japan's Kyushu island and also Japan's major gateway to south-east Asia. Strategically locating closer to Korea and China than it is to Tokyo, Fukuoka is only a short flight distance to Taiwan and south-east Asia.

Fukuoka city, the prefectural capital, is home to a sharply rising population of approximately 1.6 million. The growth is mainly due to progressive governance, ad-hoc migrations from the Tokyo area following the great tsunami and earthquake of 2011, and the designation of the city for renewable energy projects on an unprecedented global scale.

The city's welcoming and relaxed vibe is attractive to families and, in recent years, also to bootstrapped start-up companies. As the first city in Japan to launch the innovative "start-up visa" for foreign entrepreneurs, with local government's continual efforts to build a professional services hub, steadily boost both property prices and population growth on par with Tokyo.

If you're investing for high yield… 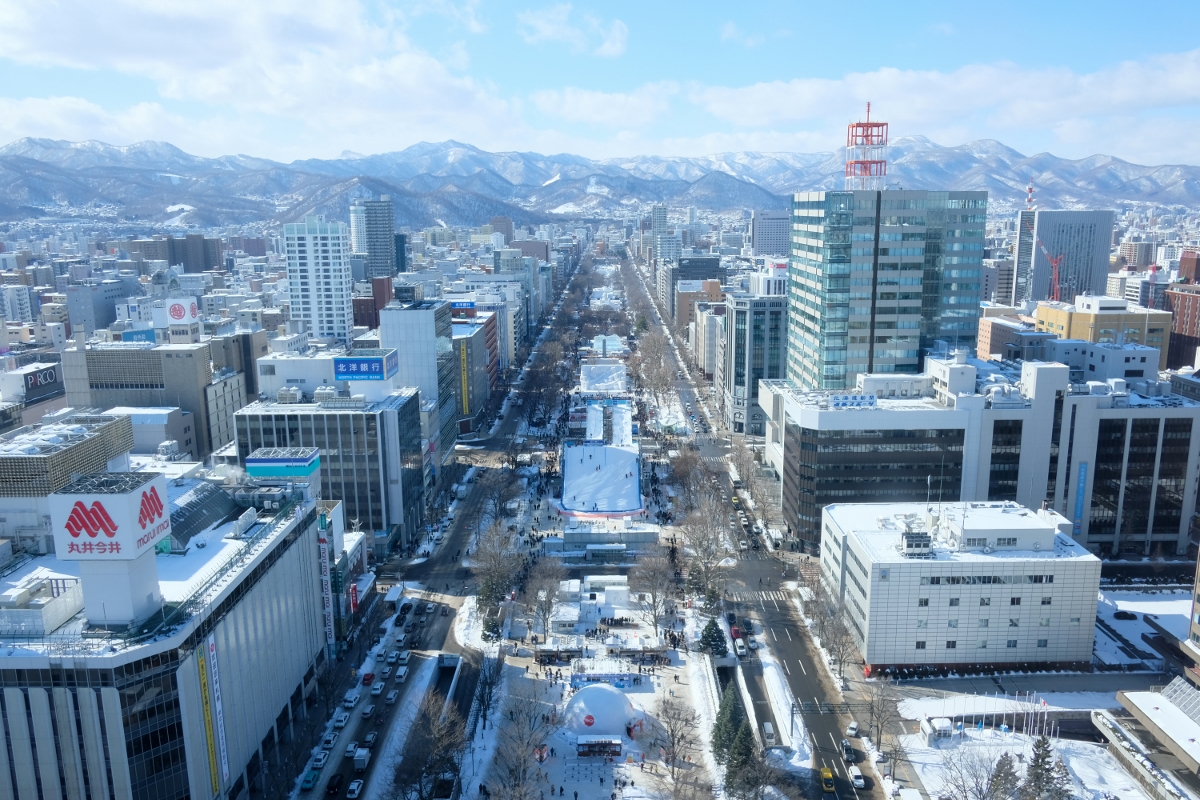 Sapporo city is also profoundly white-collar industry oriented. As one of Japan's intellectual capitals, education and information technologies are two of the city's main industrial sectors, alongside tourism and retail. It is one of Japan's most popular tourist spots, with annual visitor numbers often exceeding tens of millions!

Smaller cities within 30-60 minutes train ride from the Tokyo and Osaka metropolitan areas are ever-popular investment destinations, mostly due to their status as "bedroom communities" to the major cities.

In other words, these places thrive because a large number of company employees rent a unit to use during the week before returning home to their families in more distant cities over the weekend.

With lower prices, higher yields and levels of occupancy, these cities are very viable and reliable cash-flow generators.

Now you have learned the best places to invest in Japan. Please submit an enquiry below and let us assist you in kicking start your homebuying journey.

Malaysia: What is Home Ownership Campaign (HOC) and how you can benefit from it?

What can you expect from IKEA Dubai?