UK property and education: property in London, the capital of elite schools

With overseas buyers seeing London as a hub for quality academics, Laura Henderson takes us deeper into the impact of a thriving education sector on the London property market today in this issue.

Summers here are celebrated with rooftop cinemas, outdoor swimming pools and festivals in the parks. In addition, the mild temperatures have made the capital a magnet for many overseas buyers, who are attracted to the city's top universities, the city's newest and most prestigious universities. There is a love affair with nearby properties.

"They typically come here around June and August looking for the right property for their children who are starting school in September. It's usually concentrated near UCL, Imperial and other top universities." Charlie Bubear, from property agency Savills, said.

He said buyers from mainland China, Singapore and Hong Kong liked one- to two-bedroom properties priced at ?m to ?.5m between new apartments. "If parents plan to visit regularly, they will typically buy larger homes in more fashionable locations, such as Chelsea.

Property linked to education is a big industry, with 361,000 students studying at 37 colleges and universities in London last year, according to the Higher Education Statistics Agency and Dataloft.

The amount of accommodation required is also significant, with 32.6% of these being full-time undergraduates and 42.5% being postgraduates from overseas.

Alex Stocker, from Sons and Co, is buying 35 one- to three-bedroom apartments in Pinks Mews in Holborn, a refurbished block of six Victorian buildings near the London School of Economics and Political Science, which are popular with overseas buyers.

We tested the market in Asia and sold six apartments in one weekend," says Alex Stocker. This is all due to the proximity to good transport links and universities. Families in the Far East generally have earlier and longer-term plans."

Ashley Osborne from Colliers International believes many people consider London to be the city in the world that really offers a world-class education.

Zones 1 and 2 are ideal for locals, but Osborne has seen that overseas buyers don't mind buying outside the city centre in order to get better value for money, as long as it's close to public transport and easy to rent out once their children have finished school.

Most buyers will require a new apartment block with a garden, balcony and concierge service, and Osborne says: No one wants to be 6,000 miles away from home and constantly be bothered by how to fix a water line."
Many understand that some amenities are not only of little value, but they also drive up service charges. "For example, a large kitchen set up for entertaining guests may only be used once a decade." Charles Smith from London Real Estate Advisors said.

In addition, he warned overseas buyers to think twice about places like Clerkenwell and Hoxton: "Everybody will shop in these areas, but they are very expensive - the prices vary." Lincoln Square, a luxury apartment in a traditionally affluent area of West London, is a luxury apartment with a new development of 202 apartments - in the vicinity of the London School of Economics and Political Science (LSE). "Half of our buyers here are coming to buy a property for their children and most continue to hold the property after their children graduate. They see buying an apartment as a lifetime commitment." Charlie Walsh from Lodha UK said.

Security systems are important to foreigners. Walsh stressed that Lincoln Square has CCTV Camera and 24-hour concierge services are available, as well as many other high-end facilities, including a 25-meter swimming pool, cinema, private sitting area, and a large pool deck. Dining room, medical room and front bar "where you can meet friends for a glass of wine and a game of pool".

Worked for estate agents Garrington Property Finders Nicholas Finn recommends South Bank Tower apartments in London. Close to King's Colleges, Morley College Colleges) and the London College of Communication. There are also bars, restaurants, galleries and theatres on London's South Bank. She recently sold £2.55 million apartments to a client from New Zealand, who get a discounted price of £2.05 million from her. 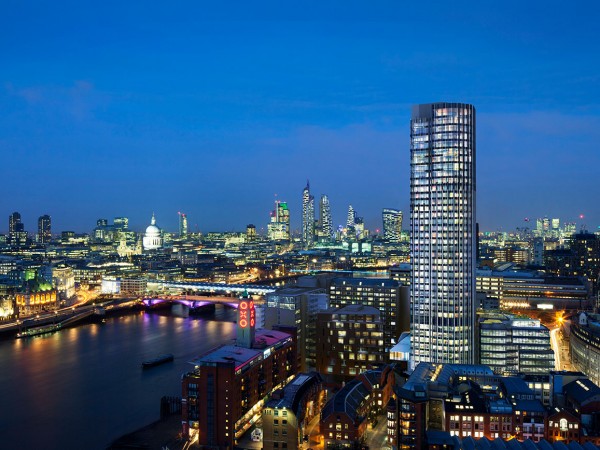 Finn also recommends the Lexicon development on City Road in Mount Anvil. £700,000 for an apartment, along with developers Berkeley Home's Abell and Cleland developments, he describes them as "sought-after, safe and value-preserving."

"There are times when we are too locked into the economy," Middleton Advisors' Ashley Wilsdon said. She recently found a two-bedroom ?.25m apartment for an overseas student who could walk to the university. "London is a city full of culture. People love living here."

This article is contributed by Juwai Columnist, Laura Henderson.

Which locations offer the best value for money when buying a property in New Zealand? | Overseas