The Higher Education Classification, developed by the Knowledge and Human Development Authority, provides a rating of 17 branch campuses of international universities covering the 2019-20 academic period.

The one-to-five star system measures universities based on criteria such as teaching, employability, internationalisation, research, facilities, programme strength, arts and culture and happiness and well-being.

No university received a one star this year. In 2019, SZABIST was the only one to get a one star ranking. Dr Kevin Dunseath, the director of the City, University of London Dubai campus, said he is pleased about their improvement in this year’s report.

“We are delighted that our rating has gone from four to five stars. We believe this is a recognition to our overall offering in our Dubai centre,” he told The National.

The university opened its Dubai campus in 2007 and currently has 258 students.

Dr Dunseath added that the annual report by KHDA will help improve the higher education market in the country and offered students an insight into university standards.

Even though 2020 figures are not available, The National reported previously that more students are opting for local universities for the next academic year as education abroad remains uncertain due to Covid-19 travel restrictions.

Middlesex University Dubai, which had more than 3,500 students as of 2019, also improved from a four star to a five star ranking.

“2020 has both been the dawn of a new decade - and a year which has seen unprecedented times - not only in the world of academia but for the wider world at large," Dr Cedwyn Fernandes, pro vice-chancellor and director of the university said:

“However, this phase will pass. Opportunities will return. Our world will emerge stronger than before.

“We look forward to continuing to build the highest level of excellence as we get ready for a new year of preparing graduates to leave their mark on the world.”

Ammar Kaka, Provost and Vice Principal of Heriot-Watt University Dubai, said the rating was “proof” of student and staff confidence in the university despite the challenging times. 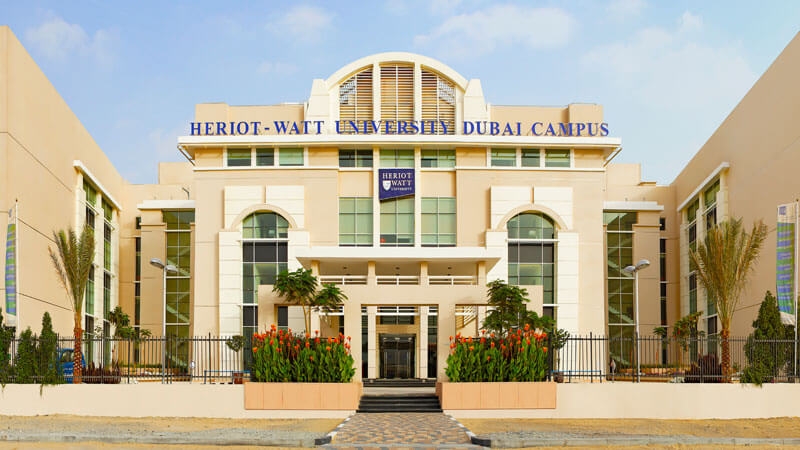 “The last year has seen us achieve several milestones – we signed a 10-year lease for a 218,000 sqft new campus in the Dubai Knowledge Park, we added new programmes in line with changing market requirements, we demonstrated teaching excellence even in the light of COVID-19 disruption and made significant progress in driving the employability for our graduates,” he said.

SZABIST was one of the two worst performing universities in Dubai. It is ranked low in a few of the categories, including one star in research, facilities and internationalisation.

However, it has five stars in the employability category, three stars in inclusiveness and arts and culture.

Dr. Hummayoun Naeem, head of campus at SZABIST, said they are aiming for three stars next years after moving up from a one star ranking last year.

“I would say we have improved in the weak areas pointed out last time. We equipped our facility with proper resources and we’ve implemented green practices at the campus. We’ve also introduced more qualified guest speakers and we now have a dedicated activities officer. We are going to continue the progress,” he said.

He added that the university still lacks in certain areas which has kept them at a low ranking in Dubai. This includes not having access to a adequate sports facilities.

“We are a small university and there are certain areas such as outdoor sports that we don’t have. We have to ask other universities to borrow their sports ground,” he said.

Meanwhile, Islamic Azad University received a one star in employability, learning environment and happiness and well-being. It performed best in research, with four stars.

Dr Wafi Dawood, chief executive of strategy and planning sector at KHDA, said that the higher education classification (HEC) is “another step forward” in the maturity of Dubai’s private higher education sector.

“Students in Dubai and all over the world can refer to the HEC to identify what they value in higher education, and then to make more confident decisions about their future in Dubai.

“The HEC also gives branch campuses an opportunity to show their strengths. We’re grateful to our university partners for their cooperation in putting the HEC together.”

OPR is cut to 1.75%,how does it affect the property market in Malaysia?